At the beginning there was a pool of water: deep, still, profound. 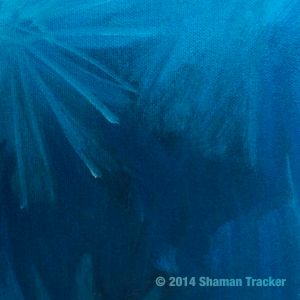 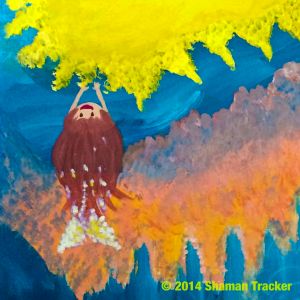 The pool wished for movement, yearning for a new experience, impatient to explore its boundaries. It became friends with the Sun, the Earth, and the Wind. Together they created a life stream for the pool to follow.

The pool was excited by this initial movement which felt both like a tiny pure blue stream and a little shiny mermaid. The little mermaid was comfortable both swimming in the stream and resting on the surrounding sunny rocks. She felt connected to the sun, earth and water. 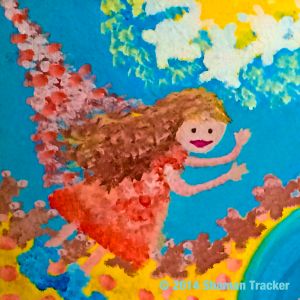 Slowly, the stream grew wider and curvy, and formed a river. The little mermaid felt a stranger to the new river and returned to the pool. The pool therefore had to create a little girl who could continue the journey.

The little girl had a larger body and legs. She could both swim and run and the pool thought she would be more apt to follow the river. But the little girl’s body wasn’t as adjusted to the water as the pool had hoped. Even though the river was transparent to her, the little girl felt fearful, insecure and cautious of the river’s unknown flow. She followed the river observing from the river bank.

Little by little, the little girl grew a bit bigger, got acquainted with the river and started identifying with its flow. Through this process, she was gradually forgetting about her body, and, at one point, she dived courageously into the river. Excited by her new environment, she made friends with the river’s other inhabitants and felt like she fit in perfectly well. 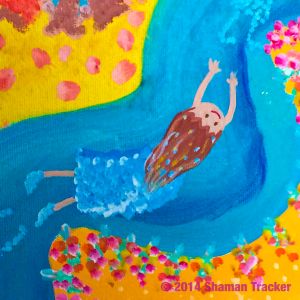 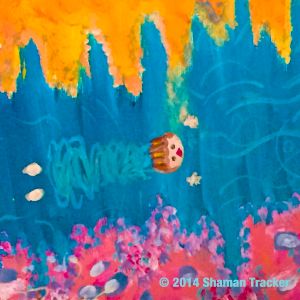 She led herself to believe there was nothing else but the river. Feeling extremely comfortable, like a fish in the water, the little girl didn’t even notice how much bigger and different her body became.

Suddenly her growing adolescent body rebelled against the river. Feeling like it wasn’t appreciated, her body started moving uncontrollably creating waves and whirlpools. The young girl struggled to stay on the surface. Her body felt heavy, angry and provocative. She was surprised that she didn’t feel like she was either her body or the river and she wasn’t in control of either. 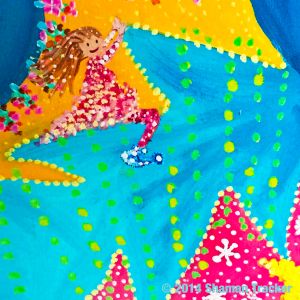 She was angry at both of them for the conflict they had created. The river, she felt, wasn’t making things easier for her.  For the first time in the longest time, the young girl felt she had to fight for herself. She realized she had to listen to her body if she was to survive.

Having newly discovered her changed body, the young girl started admiring its beauty. She enjoyed dressing it up, caressing it, and feeding it with love and happiness. She rode on the river catching all its gifts with pleasure and wonder. She became a young woman. 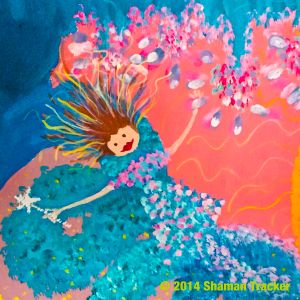 Although the young woman still felt part of the river, she also felt like she had outgrown it in some way. She was aware of the river’s flow, but she stopped identifying with it.   The latest gift the river offered to the young woman was a magic stick. She was told it can transform the river into the pool; deep, still, profound. But she still hasn’t figured out how to use it. She thought she got to know the river quite well by now, but she felt she still needed its help to get to the pool. She has therefore decided to continue journeying with the river at a slower pace and an increased awareness. 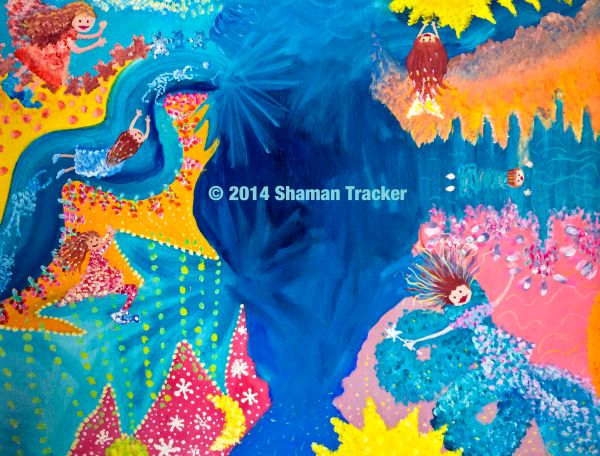 This post is part of the Awakening series blogging collaboration initiated by Barbara at http://memymagnificentself.wordpress.com in January. There are over 30 bloggers participating to create together what Barbara calls ‘A selection of True Awakening Experiences’, a ‘Free E Book’ she will compile to help inspire others…  You can find a full list of the participating bloggers on Barbara’s blog. The next post is from Joss at http://crowingcrone.com

I created this painting with the story line more than ten years ago while studying Transpersonal Psychology and Creative Expression. It is called the River of my Life. I used the body of water as the main element throughout the story because in my heart of hearts I am a child of the oceans (but my soul belongs to the stars 🙂

I have since discovered how to use the magic stick and it has transformed my life, as well as lives of others. For which I am eternally grateful to the Great Spirit who has thousand names and who is the unnamed one. Aho!

20 thoughts on “My Awakening Experience: River of My Life”